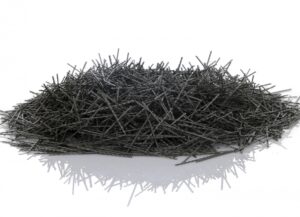 ArmoTec is a structural synthetic macrofiber that is a polymer fiber. The special fiber composition with high linear density and high tensile strength has been developed to ensure the best possible end result. 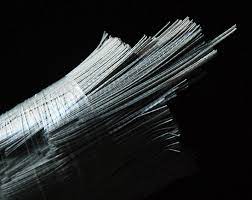 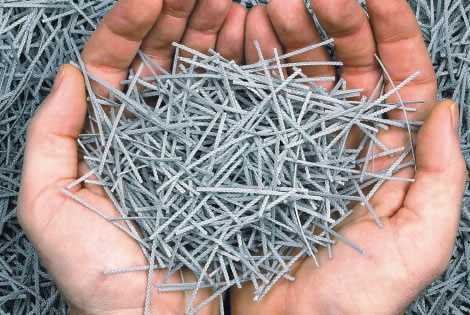 Areas of application of macropolymeric fibres

Macro fibres are mostly used in the slabs leaning on the ground in which the tensions are not very high. Another common reason for using macro fibres is an aggressive environment. Macro fibres are not sensitive to corrosion and tolerate chemical factors better than steel. A third area of application are the structures in which dielectricity is important. The conductivity of macro fibres, compared to rod reinforcement, for example, is next to non-existent.

The areas of application of macropolymeric fibres:

Compliance of the macropolymeric fibres with standards.

The macro fibres sold must be certified and compliant with the standards applicable. The BarChip MQ 58 and ArmoTec macropolymeric fibres provided by Betotrade OÜ are classified under system 1 on the basis of EN 14889-2:2006, which means that they can be used on concrete or grout as calculated reinforcements. The behaviour of macro fibres in concrete has been determined by testing which involves identifying the behaviour of the fibre reinforced concrete after cracking in the case of using different concrete classes and different doses of the fibres. In the course of the test, a fibre-reinforced concrete beam supported at both ends is loaded in the middle. The tensions at the opening widths of different cracks are measured.

Betotrade OÜ has the capability of making these calculations to find the dose of macro fibres and the thickness of the slab. The contracting entity must provide the following information for the calculations:

The macro fibres sold must be certified and compliant with the standard. Fibres of the same shape may not behave similarly in concrete which may result in serious consequences. The steel fibres specified in the building design documentation should be used.

Ask for our price offer for macro fibres!